Having used NSGs extensively since I started working in Azure, I know augmented security rules will make NSGs much easier to build out and manage.  You now have the capability to create a single rule with multiple source IPs, destination IPs, and ports, something that previously would have required multiple rules.

With augmented rules now available this can be consolidated into a single rule:

Creating augmented rules can be completed by using the Azure Portal, PowerShell, CLI or JSON.  The example below shows just how simple this process is in the Azure Portal by using commas to separate values! 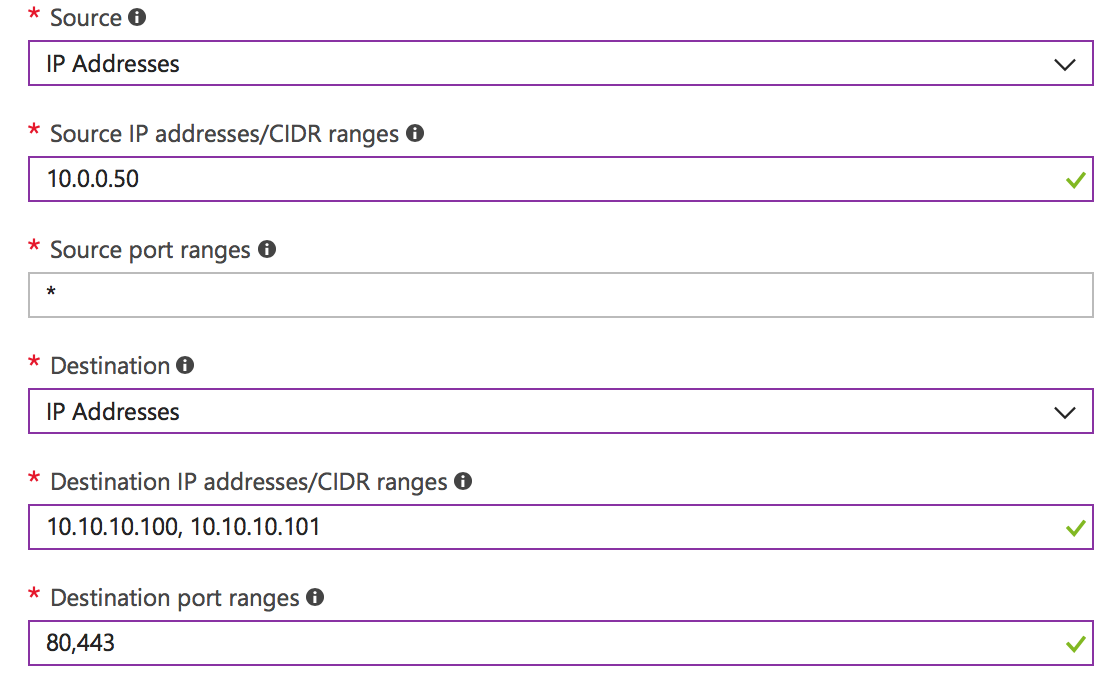 Time to start tidying up NSGs!!

I’ll write soon about Application Security Groups and what they bring to enhance NSG usability further in a future post.

More information on augmented rules can be found here (https://docs.microsoft.com/en-us/azure/virtual-network/security-overview#augmented-security-rules)

I'm an IT pro based in Northern Ireland and I've been working in the industry for 17 years starting back in the days of NT4 and Exchange 5.5. I'm primarily focused on Microsoft Azure but have a keen interest in other cloud technologies too! All views expressed here are my own.